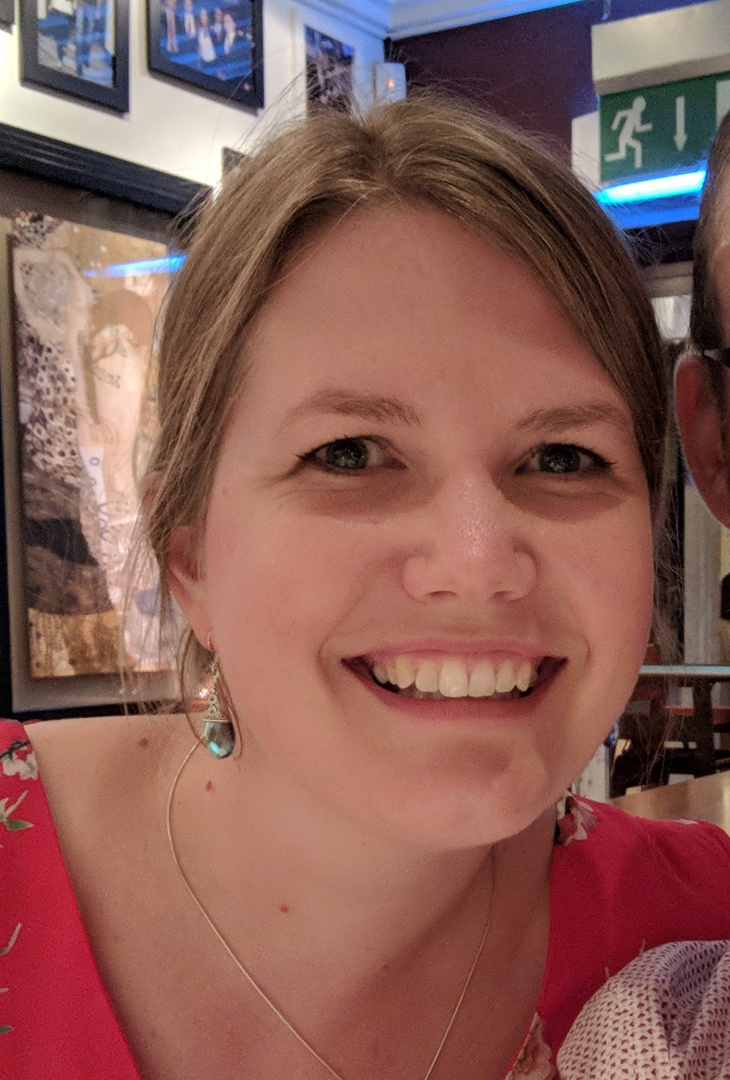 I found out I was profoundly deaf in my left ear when I was seven years old, and then I was fine throughout school. At university I started to need a hearing aid for my right ear and I used it as and when I needed it, mainly to cope with tinnitus. That carried on throughout my 20’s and early 30’s. In 2016 I suffered a miscarriage after which my hearing completely deteriorated. It went from moderate to profound deafness in a matter of months between September and Christmas. That’s when I lost the ability to hear children, music and birds singing. I was working in a school at the time and it was really difficult to work with younger children. I couldn’t hear in busy situations and I could only talk and understand in one to one conversations. It was a shock and the difference in my hearing in just a few months was huge.

It was in March of the same year that I went to the implant centre about my left ear to explore the possibility of having something done to that, but it was an out and out ‘no’ because my hearing was so good on the other side. Six months later I went back again, due to me going profoundly deaf in my right ear. This time I failed all the tests and I knew something had to be done. To me, it felt like a long process even though it wasn’t. I think it always feels like this when you are going through it. Anything had got to be better than what I was dealing with because I just couldn’t cope in hardly any situations at all. I knew I wanted to have the implant, it was a straightforward decision for me because I felt I had absolutely nothing to lose.

life with my implant

From the day I got it switched on I could do things like use the phone again, I could talk in the car, I didn’t have to look at somebody when they were speaking to me. I didn’t have to rely on my partner listening for me or doing the talking for me. I could hear music again straight away which was incredible! I could hear all the little sounds again - birds, leaves rustling, people’s lawnmowers. It has just been incredible. It has given me so much more confidence, I even got a new job because of it. I went back to being the person I was before, which was really great. The only low point is having to take the processor out at night. The complete silence takes me quite some getting used to. It is still hard for me especially if I am on my own. I got so used to wearing my cochlear implant.

My role as a mentor

I want to help candidates to make sure it is a decision that they definitely want. The decision to have an operation like this is life changing. And I know how it feels.

Keep your expectations low and make sure you are committed to the rehab. What was important for me was that whilst I was waiting to have the implant, I kept on doing all the things I would normally do, cooking, going out to the shops, doing things on my own when I could because it was important not to lose that confidence. Don’t isolate yourself, just try and keep things as normal as possible.