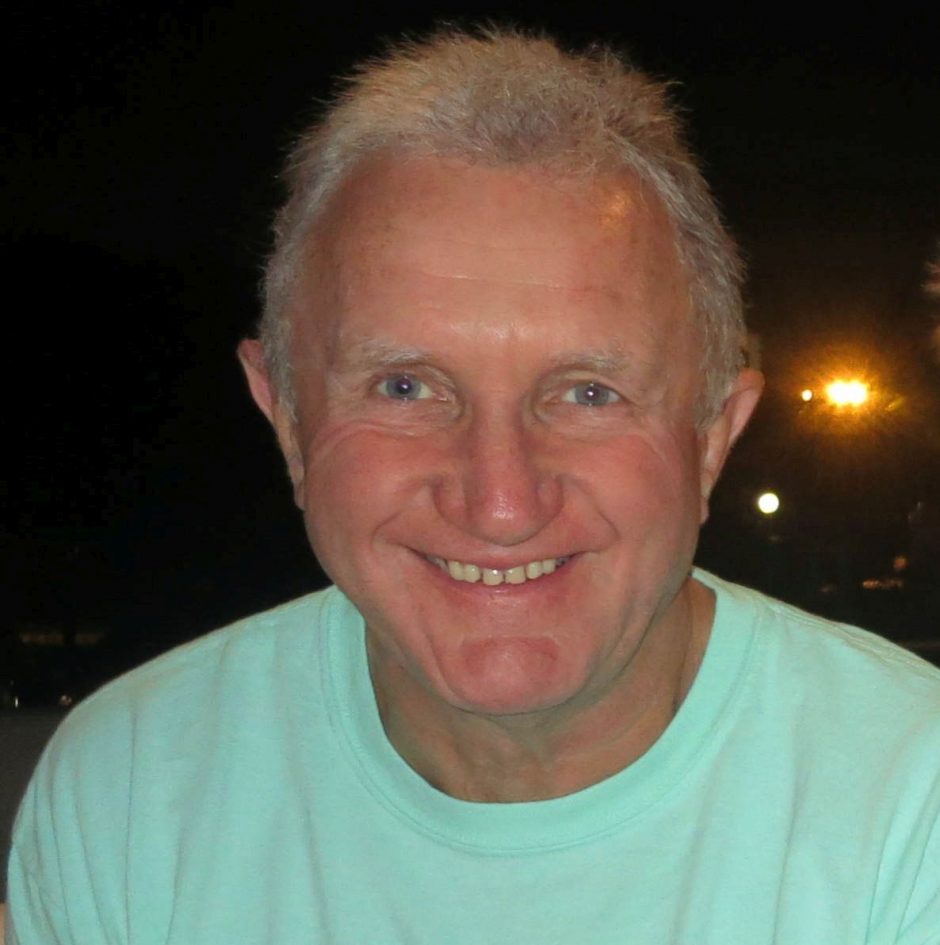 My deafness began after I had an accident, age 30, leaving me deaf in one ear and suffering severe tinnitus. I found the tinnitus affected every aspect of my life; work, family, and sporting activities were a challenge. Then one day in 2009, I suddenly lost all hearing in my ‘good ear’ while brushing my teeth! At this point communication became a struggle, and I often resorted to using a white board and pen to enable people to communicate with me. Initially, I was told a cochlear implant wasn’t suitable for me due to possible auditory nerve damage. However, I persevered and sought a second opinion. This was a very worrying time for my wife and I, but after further tests I was put forward as a candidate for a cochlear implant.

I never thought of not having the operation, but the hardest part of the decision making process was choosing a manufacturer. It was a big decision to make and my clinic gave me the option of three manufacturers to choose from. The information from the manufacturers could be confusing at times and I found talking to current cochlear implant users really useful. I was able to get answers to questions important to me, such as information on battery life and usability outdoors, as I have a very active lifestyle. The support programme offered by each company was another key consideration, with the holiday loaner programme being a significant reason for selecting MED-EL

Life with my implant

Receiving my cochlear implant has given me my life back. Before going deaf I was outgoing and gregarious; losing my hearing made participation in everything I loved so much harder.

The first time my cochlear implant was switched on was very emotional for me and also my wife. This has to be one of the highlights of my journey so far. You become more appreciative of the little things you normally take for granted.  Immediately after the operation I was worried that my tinnitus had worsened and I wouldn’t be able to cope. Thankfully this was only in the short term, and once I had been ‘switched on’, my tinnitus improved and is very much reduced when I wear my cochlear implant.

Using the telephone is challenging as I can hear certain people better than others. One of the best tips I have learnt is to use Skype or Facetime, as you can see the person you are talking to. This has been very useful for business meetings. I was also able to Skype my daughter in Australia, whereas before receiving my cochlear implant, the frustration of not being able to hear her reduced me to tears. It is small things like this that have had a fundamental impact on me.

my role as a mentor

I know and understand the uncertainty candidates have when considering a cochlear implant and choosing between the devices available. Having been through the process I feel I can share my experiences and the tips I have found useful.

Do plenty of research and try to speak to other implant recipients that are in a similar position to yourself. Also consider what support is available once you have been implanted.