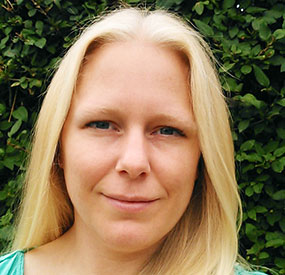 Our first child, Jessica, was implanted at a young age. We were worried about the effects of deafness on her speech and language development so we felt that every day she couldn’t hear counted.

Jessica was born in 2010. She underwent a newborn hearing screening and failed the initial test. We remained positive at first but became increasingly concerned when she failed further tests. Then we were told that she was profoundly deaf, which was a big shock. It took us a while to adjust to the situation. With Jessica being our first child, it felt as though the life we’d planned was suddenly taken away.

Our audiologist mentioned cochlear implants (CIs) immediately. We did lots of research ourselves and met families at a user group meeting through the clinic. A mother whose daughter had been deafened by meningitis explained the process and told us what it was like to have a child with a CI. Jessica went through a very thorough assessment process. The CI team members were fantastic and very understanding. They listened to our concerns, and gave us time to ask questions and get to grips with everything.

Four years later our second daughter, Penny, was born. We knew Jessica’s hearing loss was genetic and assumed Penny would also be born deaf. We felt more prepared when Penny failed her newborn hearing screening but she had other complications in her assessment process, causing us more anxiety. We just wanted to get her implanted so she could start hearing like her big sister.

life with my implant

Thanks to Jessica having received her implants so young, she has progressed really well and started mainstream school this year. It’s lovely to see my daughters develop and grow. The implant has opened up many opportunities for the girls. Jessica is becoming more sociable and enjoys talking with people she doesn’t know, which wouldn’t be possible without her CI.

The girls take everything in their stride. Jessica is starting to realise her hearing is different as she is now seeing Penny going through the same process. Penny has the advantage of her big sister supporting and sharing experiences with her.

We’re more than satisfied with the outcomes so far and we have not regretted having our children implanted. We realise our daughters will always be deaf, no matter how good a CI is. But although the processor is sleek and slimline, I do wonder what their hairstyles will be like on their wedding day.

my role as a mentor

I remember the assessment process being quite daunting and I had a huge number of questions. Even though the implant centre staff were fantastic, I wanted to chat more with other parents of implanted children, particularly those with a child born profoundly deaf. I want to help families find out what’s right for them, and give them balanced information on what the implant process involves. As a mother who has been through the implantation process twice, I can empathise with the huge range of emotions parents’ experience.

With my daughters being profoundly deaf, the discussion around whether CIs would be beneficial was minimal. However, I do appreciate the difficulty faced if the hearing loss is progressive.

Go with what is right for you and your family. It’s important to keep a long-term goal in mind and not worry about short-term things.